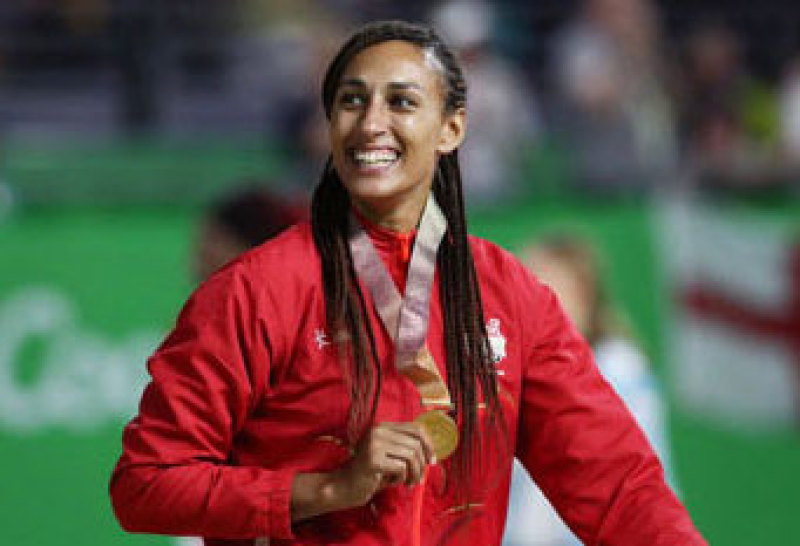 Geva Mentor is, without doubt, one of the world's finest netballers. Since bursting onto the international scene in 2001, Geva has become a recognisable sports figure in England, Australia and New Zealand recognised by her peers as the world's best in 2014 and 2017.

As a member of the Commonwealth Games Gold Medal winning side in 2018, Geva also holds BBC Sports Personality of the Year awards alongside a range of ANZ titles and MVP accolades. Raised in Bournemouth, Geva is proud to support the work of our Charity and became a proud ambassador in 2018.

Find out more at: www.gevagkmentor.com 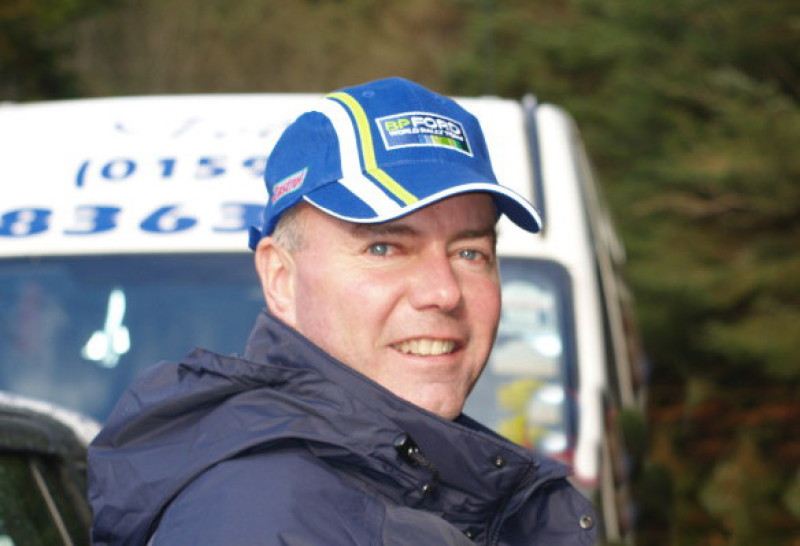 The Steve Bernard Foundation is a charity close to the heart of Steve Hendy, deputy managing director of the Hendy Group. Steve has been a long time friend of the family – a link forged on the local football pitch with the children playing and proud parents watching.

The Hendy Group is an integral part of any community in which it operates and a great supporter of industry, sporting and local charities. As a leading player in the south’s business community Steve is well placed to be a patron of the Steve Bernard Foundation and plays an active role not only in spreading news of the good works of the charity but also taking part in event such as the famous Rome 2 Home bike ride in 2015.

In addition to his high profile business career, Steve is major name in the world of motorsport. He has twice been crowned National Asphalt Rally Champion in the UK, won numerous class awards and now rallies his Hendy Group Focus WRC both in the UK and throughout Europe. 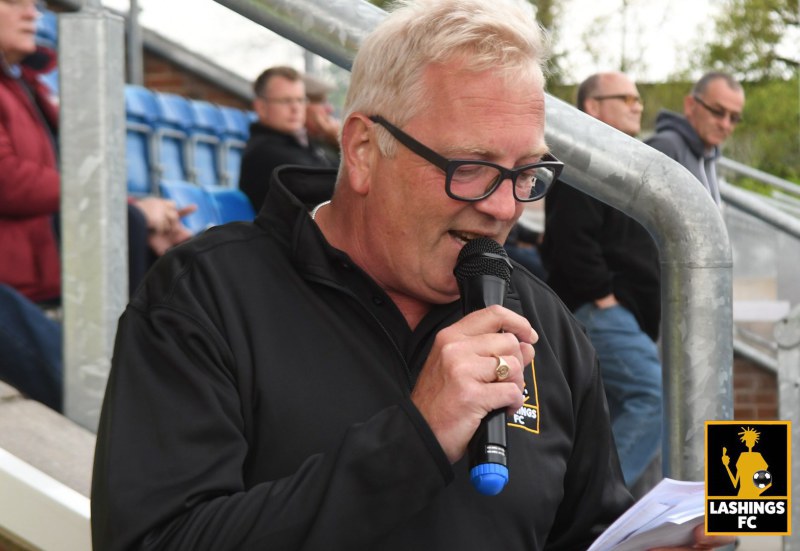 Scott is a long term supporter of the Steve Bernard Foundation. A professional comedian for over 20 years, Scott is one of the most exciting talents to emerge from the South Coast in recent years; to quote The Stage, 'Scott Charlton is the new age Tony Hancock', an accolade indeed.

Away from Comedy, Scott is also the 'Voice' of Lashings Cricket, an organisation which he runs alongside Fitz, a fellow friend of the foundation.

Scott is a most versatile entertainer and has worked with comedy heroes including Henry Cooper, Frank Bruno, Jimmy Greaves, Stanley Matthews, Sachin Tendular and Geoff Miller. He is also widely acknowledged as one of the finest charity auctioneers in the country raising many thousands of pounds for good causes. 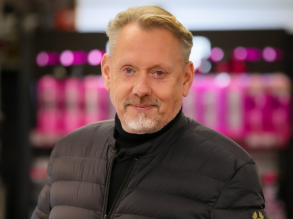 Bill has been a supporter of the foundation for the past few years as he supports people in sport and he sees it as a great way for people to have a focus and improve their lives.

He has a strong belief that all children should learn the benefits of being involved in team sports as it teaches them how to give and receive support and get along with other people.

Being a family friend of the Bernards and a father himself Bill feels it's a very positive way to remember Steve. 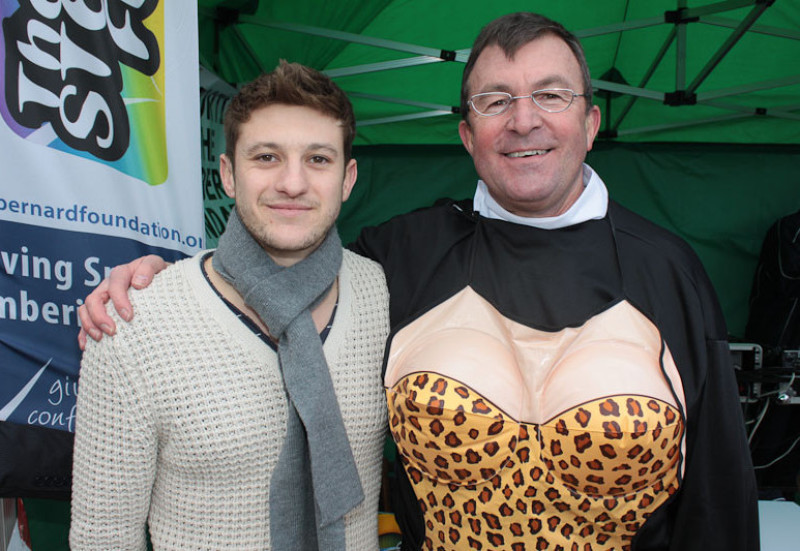 Adam Lallana currently plays as an attacking midfielder for Premier League side Brighton. Born in St Albans, Lallana began his career with Southampton as a youth player in 2000 before spending a number of years with Liverpool where he won the Premier League.

Adam is pictured above with Tony Bernard where he started the Fancy Dress Fun Run in 2012.

Lallana was a member of the Bournemouth Centre of Excellence, where his rich potential was eventually spotted by a talent scout from Southampton, with Lallana snapped up as a 12-year old before signing professional terms in 2006. 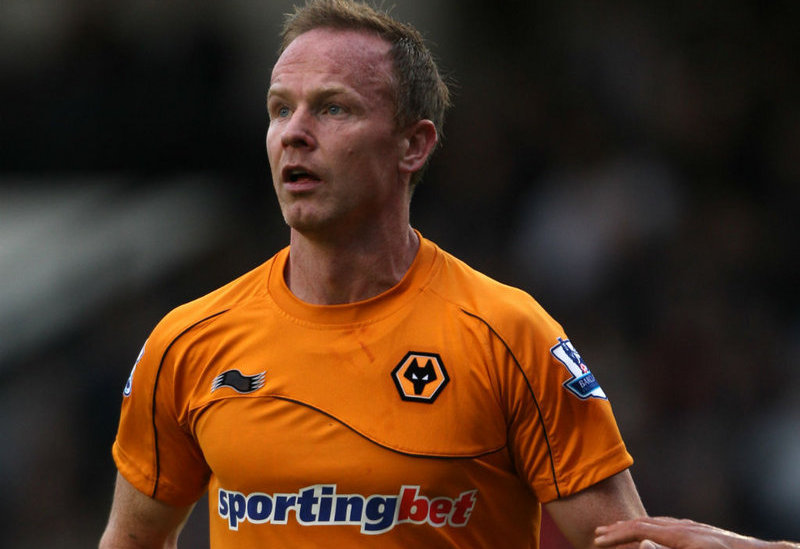 Jody is a former Premier League centre back who played for Sunderland and Wolverhampton Wanderers amongst many others in an excellent professional career.

Having played at Christchurch FC, where Steve had also made his name in local football, Craddock broke into league football at Cambridge United in the mid 1990s before spending six years at Sunderland, with whom he won promotion to the Premier League. When they were relegated in 2003 he switched to newly-promoted Wolverhampton Wanderers where he eventually became club captain and made over 200 appearances.

Jody is now a professionally renowned artist, and generously donated a commission which depicted Jacques and Steve to Sue & Tony Bernard